His First Words, And How It Healed My Soul

His First Words, And How It Healed My Soul 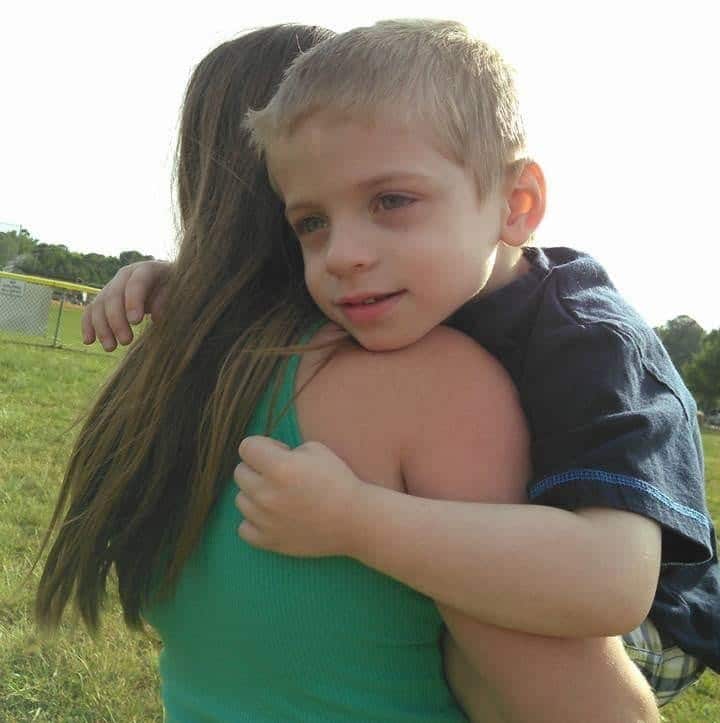 A real hero is my son, Rocky. He has that name for a reason, but I’ll save that for another day. He is Nonverbal, Autistic, and has Short Bowel Syndrome. He grew up in the NICU for 2 years before ever seeing the light of day. I lived in a Crack Motel down the street that Medicaid set up for us, (thanks) so I could be there every day.

I was dedicated to giving him the best life that he could from a hospital bed, and we really didn’t think he would ever make it home. It had quite the effect on me, stuffing feelings down like that. But it’s the only method I was ever taught how to deal with stress with. “Ssshh.”

But knowing all of this, I still knew he was made just for me. He is perfect the way he was meant to be, and I don’t know how I did anything in my life to deserve him. But, he’s here. He is 10 years old, and I am going to be 40 by Christmas.

I am not a writer. I write to heal. Please don’t judge me. I am clinically diagnosed with Bipolar Disorder, PTSD, Depression, Anxiety, and ADHD. I went through a couple of years of therapy and meditation to get through the worst of it, and man have I climbed out of the UGLIEST pit of sh*t to get here because it doesn’t end when you get diagnosed.

It’s just the beginning. It’s quite traumatizing to find out how checked out of your children’s lives you have been and all of the misdirected anger that I couldn’t explain that landed on them .. yeah, it still kills me to this day. But I have addressed it, they have forgiven me, most of all I have forgiven myself, and I have dedicated the REST of my life to making it up to all 3 of them. (I love you.)

So let me tell you about the most AMAZING day of my life since giving birth to Little Rock. The day he spoke his first word. I had been asking him for 8 years to say anything, but he chose to say Momma first! The look on his face when he realized that I had confirmed that he had “gotten it right”, I will always remember.

Because I too, had done something right….for once. We became one at that moment, and I felt every emotion he did, that together we had finally connected on the same wavelength that we had been searching for his entire life. The feeling still consumes me if I let it. It also began to trigger me in negative ways. I began to see that I had been so disconnected for so long, and how much he was longing for it all along. What had I done? What had my 2 older children experienced that they remember from when they were younger, what was I going to be able to do to correct all of MY mistakes?

It took me a while to get through this phase, and ill save that for another blog, but I can tell you that the only way to get through it was to forgive myself for the past. For the things, I did and still do wrong because I just don’t think like everyone else, and sometimes it takes me a little longer to get the idea of what it is that someone is trying to communicate to me.

It is not my fault I was born this way. What is my duty, is to be accountable from this moment on for each mistake I make, and to learn from every single one of them. I could not get out of bed for almost a year, except to tend to kids’ bare minimum needs, until I accepted this concept and moved on.

Rocky has improved over the last 2-3 years since we connected. He only says a handful of words, but his desire to communicate and connect with people he meets has opened his mind up in a way that has led him to be independent, obedient, loveable, willing to give eye contact and touch, and his brilliant sense of navigating computers is just mind-blowing.

If you are reading this because you are frustrated that your nonverbal won’t speak, forgive yourself for not being born with the tools to teach him…yet. He is meant for you. Nobody will ever understand him the way you do. Be patient, whether he or she ever talks at all, there are so many more ways to connect than speaking. You’ll find your own channel, wavelength, station. The one you can both understand perfectly, even if nobody else can. And when you hit that moment, be proud. You got it right. And friggin’ forgive yourself already!!!

P.S. You are not alone. (I didn’t know this until I started reading stories of people who struggled like me.) There is a whole community of support for you here (Autism Spectrum Group), and I can personally say that they have gone out of their way to help me before when I was on the OTHER side of the looking glass. Connection is so important. And for me, it is so hard, and I can only imagine how hard it is for Rocky. I still push myself daily to connect with the loved ones I have around me since the moment I heard, “Momma,” Since the moment I felt how proud he was that we had BOTH, “gotten it right!”
Ro H.
~ “Not My Circus, Not My Monkey.”~